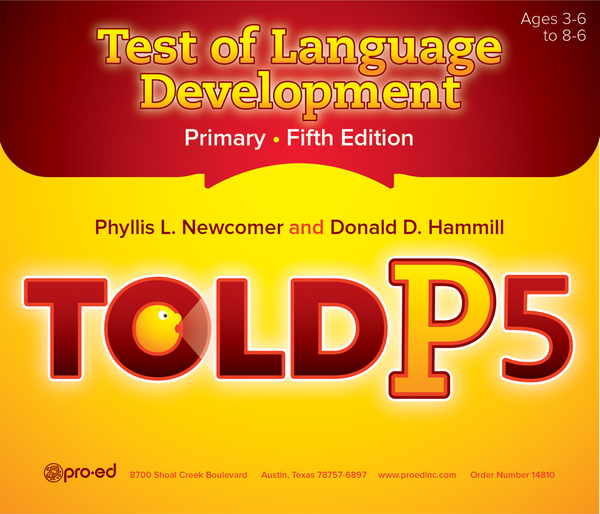 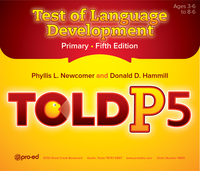 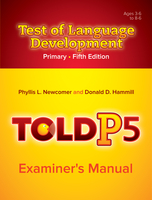 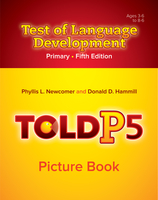 The TOLD-P:5 assesses spoken language in young children. It is well constructed, reliable, practical, research-based, and theoretically sound. Professionals can use the TOLD-P:5 to (1) identify children who are significantly below their peers in oral language proficiency, (2) determine their specific strengths and weaknesses in oral language skills, (3) document their progress in remedial programs, and (4) measure oral language in research studies.

The TOLD-P:5 has six core subtests and three supplemental subtests which measure various aspects of oral language are described below. The results of these subtests can be combined to form composite scores for the major dimensions of language: semantics and grammar; listening, organizing, and speaking; and overall language ability.

New Features of the TOLD:P-5