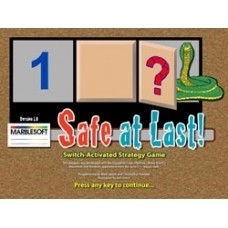 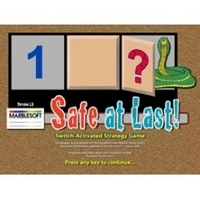 Marblesoft took a classic logic game and adapted it specially for players with disabilities. Players reveal squares on a grid one at a time, using deductive reasoning to determine which squares are safe and which ones conceal hidden dangers to be avoided.

Safe at Last! can be used with a mouse, keyboard or touch screen, or with one, two or three switches in a special scanning mode.

Safe at Last! contains both English and Spanish versions on the same CD.