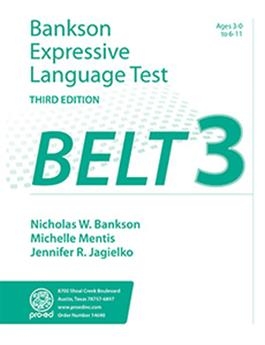 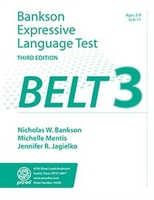 Technical and Statistical Characteristics of the BELT-3
The BELT-3 was normed on a sample of 684 from 29 states and 199 different zip codes. Its subtest raw scores can be converted to percentile ranks and scaled scores. The scaled scores for the two subtests are summed and converted to a composite called the Expressive Language Index. The Examiner's Manual includes a comprehensive discussion of the test's theoretical and research-based foundation, item development, standardization, administration and scoring procedures, norms tables, and guidelines for using and interpreting the test's results.